Creating A Beautiful Home Each Day

A clear quartz crystal is a beautiful addition to any home. If you're into crystal energy, clear quartz is the all-purpose good-energy crystal that can bring cleansing, light energy into a space. If you simply like the look of clear quartz, too, you can get several types that can make your home sparkle. However, if you're new to buying crystals, you'll see a number of terms associated with quartz that may be unfamiliar. Learn these terms now so you can choose the right crystal and not end up losing money on clever marketing.

This type of quartz occurs when a crystal breaks off a main cluster, but then the broken edge starts to grow its own little crystalline forms. These are not double-terminated (i.e., a point at both ends), but rather, the broken edge seems to have begun growing very small, smooth lumps. These are technically new points in a cluster, even if they don't look like it.

This type is one that you have to be really careful buying because there are so many fakes out there — they may be real quartz but not necessarily Lemurian quartz. True Lemurians have a striated pattern on one or two sides but are smooth on the others (contrast that with a specific type of quartz from Arkansas that has striations on all sides). The striations run across the quartz face, perpendicular to the direction of the point.

Sometimes a quartz crystal will grow around a smaller crystal, creating a faint inclusion in the finished crystal. This is called a phantom. Phantoms are typically fuzzy or faint; you won't necessarily see a crisply outlined crystal within a crystal. They occur when the surface of a growing quartz point becomes contaminated with other minerals, and then more quartz begins growing around that mineral layer.

Rutilated quartz is easy to identify. The crystal has thin, needle-like strips of another material running through it. The needles (often called rutile needles because the material is a mineral called rutile) can be short or long, and they might cross each other; there's no real pattern, and they aren't limited to just quartz. The needles may have a gold, reddish, silver, or blackish appearance.

Twin crystals are neat to look at. These have two points growing literally together — not next to each other on the same cluster, but it looks almost like one is growing out of the side of another. However, the two crystals are parallel to each other, rather than having one grow at an angle from the other.

There are other terms you may encounter if you are looking on metaphysical websites for crystals as each of these forms has an emotional or spiritual effect associated with it. Even if you're just looking for a nice crystal to place on your shelves, however, you can't go wrong with quartz. 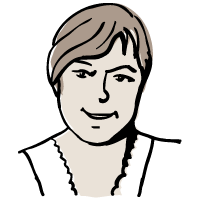 After I started staying home with my kids, I realized that I wanted to create a space where my children felt comfortable. I started going through and thinking about the different areas of my home, and I began focusing on making the areas of my house more welcoming. It was really fun to evaluate each and every space and tackle problems as they came. After I was finished, my home really felt relaxing and serene. This blog is here to help people to know how to create a beautiful home each and every day. Check out these articles for great information.